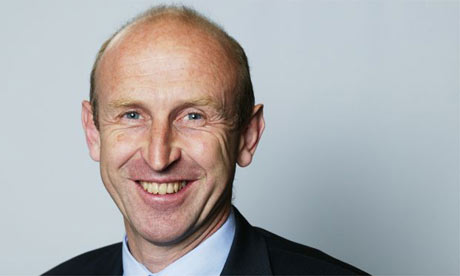 A Parliamentary ‘ten minute rule bill’ calling for the end to public funding support for union representatives in the public sector supported by the right wing Tax Payers Alliance was roundly defeated in the House on Commons on January 11th. The attack by former investment banker Tory MP for Hereford and South Herefordshire, Jesse Norman. His attack on trade union ‘facility time’ contradicted a joint report from the Department for Business, the CBI and the TUC entitled ‘Reps in Action’, which stated that workplace representatives saved taxpayers and employers money.

Jesse Norman, appears to have taken on the role of union-baiter-in-cheif from the discredited Tory MP Aidan Burley who was caught up scandal of the ‘Nazi themed’ stag party at a French ski resort. Norman, an Old Etonian is the son of Sir Torquil Norman (himself an Old Etonian) and gold plated Tory toff, spent half his speech directly attacking Unite.  It is disturbing that a Norman is described as a “mainstream Tory” and has  written about ‘Compassionate Conservatism’ (yes it is supposed to exist!) but he is said to be close to David Cameron.  This is probably just a foretaste of things to come.

The good news is that there was an extremely large turn-out – ten minute rule bills rarely attract MP back into the chamber to vote.

Labour took this seriously and hero of the hour was John Healy Labour MP for Wentworth and Dearne who wrote an excellent article on the issue in the Morning Star recently.

A number of LibDems voted with Labour and even Tories. The bill  was defated by 211 to 132.

Unite General Secretary Len McCluskey applauded Labour MPs saying the bill “was based on a blind loathing of organised labour rather than common sense. Jesse Norman’s bill was a smokescreen and the Tories should be using parliamentary time to fix the economy rather than wasting valuable time targeting dedicated men and women who spend their days preventing accidents, avoiding tribunals and supporting their colleagues.”

Below is the video of  the debate. (I did have the Hansard text of the debate  up in full – but this better!)