Alf Parish: Trade union negotiator who fought for the printers in an era of radical changes 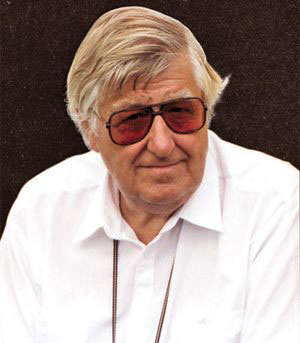 Published in The Independent on Wednesday, 17th August 2011, this is an obituary of the great Alf Parish by Peta Steel.

Alf Parish was one of the print unions’ leading negotiators at a time when the industry faced unprecedented challenges. The collapse of the Maxwell empire and Murdoch’s moonlight flit to Wapping all occurred on his watch, as did the introduction of new technology across the board. But with the industry in turmoil, Parish, cigar in hand and with acerbic wit, remained a model of calmness.

Alfred Parish, born in Bermondsey, south London, the son of a milkman, was evacuated during the war to East Sussex. He left school at the age of 14 and started his career in the printing industry by training as a line etcher. He did his National Service in the army in Germany, where he learned to drive. Motoring became one of his favourite pleasures, though later colleagues were to describe the terrors of driving with him while he held forth on some issue as he hurtled along the roads.

He returned to work in the print industry, taking a prominent role in his union as a London branch officer of the Society of Lithographic Artists, Designers and Engravers (SLADE), quickly rising to become its assistant general secretary. Straight-talking, and with the ability to ask the well-timed question, he earned a reputation as a principled negotiator.

Slade, under the leadership of its vociferous General Secretary John Jackson, along with Parish, was the first union to make inroads in recruiting in the advertising industry and in smaller design studios. The National Graphical Association, concerned about work bypassing its traditional compositor members, followed its example, leading to conflict between the two unions and charges of strong-arm tactics by officials against companies like J Walter Thompson. An inquiry was set up by the Conservative government under Judge Sir Andrew Leggatt to look in to accusations of malpractice. The NGA was exonerated but tapes made of SLADE  officials threatening advertisers – one was told that the official had his foot on the “company’s windpipe” – led to the union being heavily criticised and gaining an unsavoury reputation, which Parish fought hard to improve.

He supported the idea of one union for print-workers, and worked hard to bring SLADE and the NGA together. But against a background of old mistrusts and bitter inter-union disputes, attempts to amalgamate failed until 1982, when SLADE finally agreed to merge its 22,000 members with the NGA. Parish became a National Officer in the new union, which following the NGA’s merger with SOGAT became the Graphical Paper and Media Union.

He remained proud of the history of SLADE and the part it had played in international affairs, in particular the Spanish Civil War, when it had sent an ambulance to help the International Brigade. He insisted that a plaque struck to commemorate the event should be included among the memorabilia brought with SLADE to the GPMU, and kept an eye on it to make sure it was on display.

The newspaper industry was rapidly changing, and Parish’s remit was enlarged as he was brought in to negotiations with Robert Maxwell and Lord Rothermere. One meeting with Maxwell was to leave an indelible impression upon Parish and his colleague Tony Burke. Summoned to meet the tycoon in his penthouse suite at the top of the Mirror building in High Holborn, the two men had been warned that Maxwell was suffering from a cold. They arrived to find him clad in a dressing down and underwear, exposing much his body and sniffling away without tissues.

“It was not the best way of negotiating, but Alf handled it with his usual aplomb,” Burke recalled. “We were not too sure why we were there, but that was usual with Maxwell.”

Burke, now Assistant General Secretary of the union, Unite, continued: “Alf was a formidable negotiator. He was consistent – it didn’t matter whether it was Maxwell or the owner of a small graphic repro shop, he was patient and thorough. Union members trusted him. They knew he would get the best deal possible.”

Parish was among officials who took part in merger negotiations with the National Union of Journalists, but talks broke down as the unions failed to reach a compromise on who handled what in the changes brought by new technology. Parish managed to retain the respect of the journalists for his pragmatic attitude and later acted as an independent referee on the NUJ’s appointments committee. His responsibilities expanded to fighting the Conservative government’s privatisation of Her Majesty’s Stationery Office and with it changes to employment terms and conditions and the removal of civil-service procedures and protection.

The days of union dominance in the print industry were rapidly coming to an end with new technology, and the owners, led by Rupert Murdoch, dispensed with their print workers. Paris was a member of the TUC’s Printing Industries Committee, which was set up to try to stop inter-union conflicts and produce a united approach to negotiations. Its early years were coloured by table-thumping and angry words, but as it faced the changes in the industry, it, too, evolved. Parish’s clear-cut approach and acid wit deflected stupidity or aggression during overheated arguments, doing much to keep the unions together and paving the way for the GPMU, which is now the GPM sector of Unite.

He was deeply involved in the continuing fight for union recognition, playing a prominent role in the formation of the Press for Union Rights Campaign. He also took part in the campaign which culminated in the union-rights case taken against the Daily Mail by journalist David Wilson, which was upheld by the European Court of Human Rights.