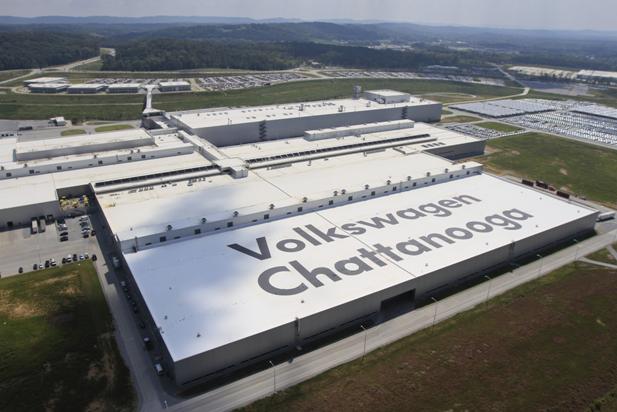 Below is a statement from the AFL-CIO Executive Council on Volkswagen’s continuing refusal to bargain with UAW Local 42:

The diesel emissions scandal at Volkswagen has called into question the principles the company has touted: environmental protection, sustainability and social responsibility. The damage done by the deception perpetrated on its customers will take a long time to heal.

Volkswagen workers also are feeling deceived, not so much by the emissions cheating, but by the company’s behavior at its Chattanooga, Tennessee, plant. After the tainted February 2014 representation election, where anti-union politicians and big money interests interfered with the vote, the UAW filed election objections with the National Labor Relations Board. But Volkswagen was not eager for a public airing of that election conduct. So in an April 2014 agreement between Volkswagen and the UAW, the union agreed to withdraw its objections at the NLRB and Volkswagen promised to recognize the UAW based on its majority support. The UAW withdrew its objections; Volkswagen has ignored its promise.

The UAW chartered Local 42 in July 2014 to carry on the fight. Tennessee politicians, especially Gov. Bill Haslam, have continued a drumbeat of baseless assertions that unionization would hurt the state’s economic vitality, completely ignoring the thriving General Motors plant in Spring Hill represented by UAW Local 1853. In 2015, Local 42 made the strategic decision to pursue its goal of a collective bargaining agreement in a series of steps. The first step was to seek an election for the plant’s 160 skilled trades workers. Volkswagen scrambled to re-engage with the union, asking for meetings to discuss its long-ignored agreement on recognition. Meetings were scheduled and then canceled by the company. When Local 42 filed its petition at the NLRB, Volkswagen sent a “special communication” to all Chattanooga employees, notifying them of its opposition to the petition but indicating it would enter collective bargaining if the UAW was elected.

Local 42 was elected, by better than a 70% margin. Yet within weeks of their victory, Volkswagen again went back on its word, refusing to begin negotiations and appealing the NLRB’s election decision. Volkswagen’s refusal to bargain is not only a reversal of its pre-election statements, but violates its own Declaration on Social Rights and Industrial Relationships.

To regain the trust of its stakeholders, Volkswagen must make corporate social responsibility (CSR) more than just a slogan and a public relations strategy. It must recognize that emissions controls are meant to limit the social costs of air pollution, and that collective bargaining helps create and sustain a productive and secure workforce.

The 12.5 million women and men of the AFL-CIO call on Volkswagen to turn a new page, fulfill its promises, and sit down with UAW Local 42 to negotiate a collective bargaining agreement.