Labour Party restructuring – you don’t get “owt for nowt” 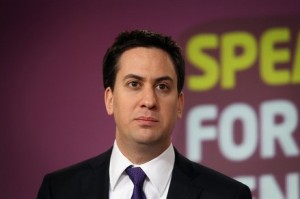 According to media reports today, the Labour Party is proposing to introduce a ceiling on donations to any political party – as low as £500.

The proposals on party finances have been suggested in Labour’s evidence to the Committee on Standards in Public Life, which is holding an inquiry into the issue.

Ray Collins, Labour’s General Secretary, has reportedly told the committee in a letter: “While some argue for a cap of £50,000, a much lower cap of around £500 would be more equitable, democratic and less susceptible to avoidance.”

Labour sources say the party is ready to negotiate on a cap of between £500 and £50,000 in a new round of talks with the Tories and Liberal Democrats.

One option suggested is to treat Labour’s income from union members who pay the “political levy” as individual donations.

Ray Collins says that Labour still wants to keep the union link: “Any proposals should be respectful of the different traditions, backgrounds and structures of the various political parties. Party funding reform should not be used as a means to alter the institutional constitutional arrangements of individual political parties.”

Reports suggest that Ed Miliband is prepared to approve “bold reforms” – including a emulating Barack Obama’s presidential campaign by attracting small donors via the web.

However, Jim Pickard in the FT Westminster blog today says that: “Firstly, Labour has today denied point blank the claim that Miliband wants to give 25 per cent of votes in future leadership elections to members of the public – thus reducing the union vote from 33 per cent to 25 per cent. I’m told this is just an idea in the ether and not one that Ed M backs.

Secondly, reducing a donation cap to £500 sounds radical. It sould stop unions making big one-off donations to fund election campaigns. But under Miliband’s suggestion – put forward to the committee on standards in public life – unions would still every year give millions of pounds in aggregate from millions of members each paying £500. Labour would not bow to Tory demands for an “opt in” rather than an “opt out” clause on the unions’ political funds.”

Also interesting is a comment by Byron Taylor of TULO that Ray Collins’ letter to the Committee On Standards In Public Life has been leaked and that the “only one’s who gain are disaffected Blairites trying to spin the end of the (union) link.

Whatever the case, the idea of non member “supporters” having a say in elections will not find favour  – the idea is open to a number of key questions.

Two of these include the obvious ones: “Why join the Labour Party at all when you can have a say for nothing – with no responsibilities or loyalty?”

The reality is that people still join organisations including political parties to play a part and have their say – which would include the 38,000 new members announced by Harriet Harman at Labour’s NPC in Gillingham. The old saying you don’t get “owt for nowt” comes to mind.

Allowing “non member supporters” to a vote in the leadership elections will undoubtedly attract LabourExtralite “fair-weather” supporters, who will drop Labour just as quickly as they decided to become a “supporter”  – at best – and at worst individuals and groups who will use the system attack the party, assorted opportunists and nutters who use a vote to create create mayhem or promote personal beefs.

Trade union members are wise to be very wary of these proposals – if they are true.

As Len McCluskey, general secretary of Unite, said in Tribune recently: “If anybody is attempting to sever the link with the unions, we will oppose that. This is our party. What Ed Miliband needs to understand is that the trade union movement created the Labour Party. If there are people who just see us as a cash cow, the dotty aunt and uncle who are just brought out to sign cheques, then that’s not going to happen. We want to make certain that our views and beliefs are listened to.”

The priority for trade unions is to win back the party for working people. Trade union members along with constituency activists are the ones who tramp the street during General Elections and By- Elections. How many “non member” supporters will do the same?

The link between unions and the Labour Party is unbreakable – that’s a fact.