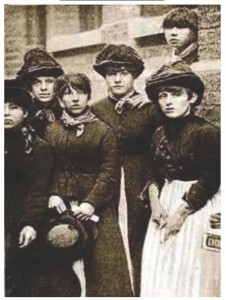 In July 1888, several hundred women walked out of an East London match factory – and changed the world.

The strike was a reaction to management bullying and terrible conditions, and it should have failed. Bryant & May were powerful and prosperous, with friends in government.

The women were mere ‘factory fodder’ – even worse, mostly they were Irish.

But their courage, solidarity and refusal to back down impressed all who saw it. What they revealed about conditions inside the factory, including the horrors of industrial disease ‘phossy  jaw’, shamed Bryant & May, and their shareholders, many of whom were MPs and clergyman.

In just two weeks, the women won better rates of pay and conditions and the right to form the largest union of women  in the country 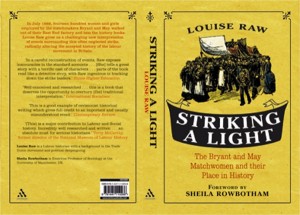 Their victory was remarkable, but until now, rarely acknowledged as the beginning of the modern trade union movement.

Following the Matchwomen’s victorious return to work, a wave of strikes, including 1889’s Great London Dock Strike, swept the nation. Multitudes of the most exploited workers formed new unions, sowing the seeds of the entire modern labour movement, and Labour Party.

The Dock Strikers never denied the matchwomen’s influence. In the throes of the Dock Strike, leader John Burns urged a mass meeting of tens of thousands to ‘stand shoulder to shoulder. Remember the matchwomen, who won their fight and formed a union.’

Next year is the 125th Anniversary of the strike. On July 6th there will be a celebration of the Anniversary at the Bishopsgate Institute in London.

2 Responses to 125th Anniversary of the Match Girls Strike