The Wapping Dispute with Greg Neale and Nicholas Jones 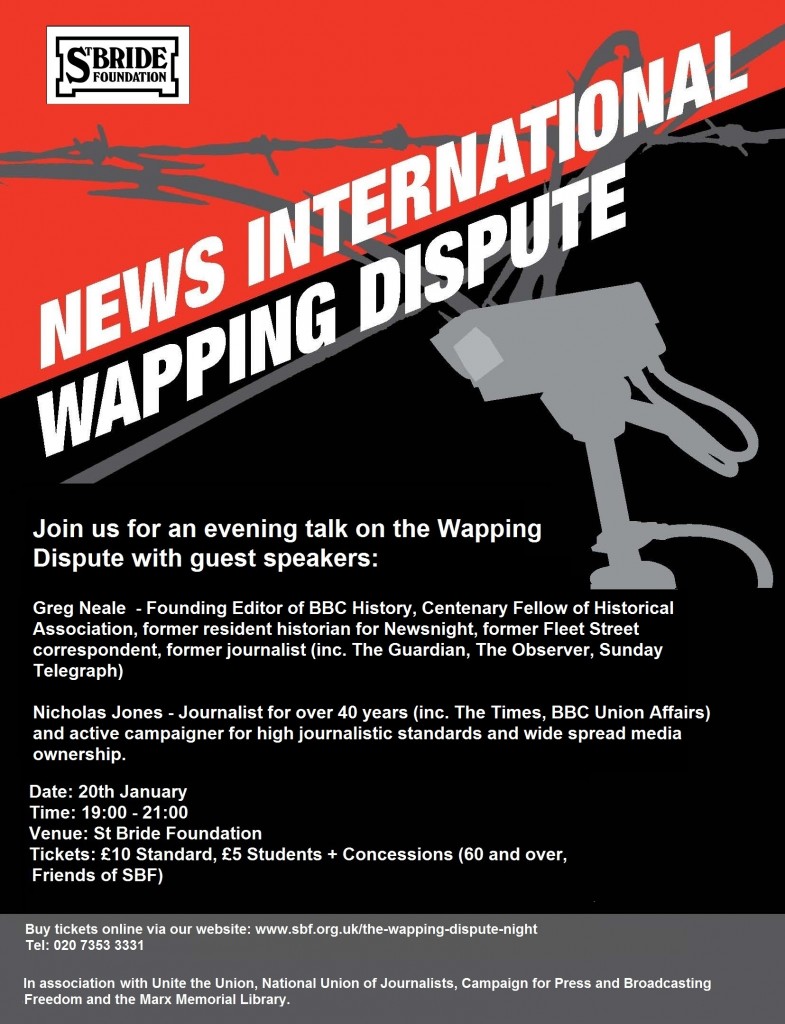 A look back on the Wapping Dispute with Greg Neale and Nicholas Jones on 20th January.

The great dispute at News International newspapers in 1986-87 was one of the most dramatic industrial affairs of the last century and a turning point in the history of the British press.

Twenty-nine years later, St Bride Foundation is hosting an evening talk to discuss the events surrounding Murdoch’s actions and the impact it has had. St Bride Foundation was established in 1891, as the social, recreational and educational hub of the printing industry on Fleet Street. It is hence a fitting location for this event.

Greg Neale: Founding Editor of BBC History, Former historian for Newsnight, Centenary Fellow of Historical Association, former journalist for The Times, The Observer, The Guardian and The Sunday Telegraph.

Greg will be providing the audience with an overview of the dispute including its pre-history, the context in which it took place, as well as its controversial course. He will also discuss the multiple implications it had such as ‘the end of Fleet Street’ and press plurality, ultimately asking if Wapping was as revolutionary as its proponents thought.

Nicholas will be discussing how Fleet Street became the next battle ground after the NUM’s defeat in the 1984/5 pit strike. More specifically, how the miners’ defeat paved the way for Murdoch, and how he was ready to seize the opportunity to take on the print unions.

This talk also coincides with The Wapping Dispute exhibition on at St Bride Foundation between 9th January and 13th February.