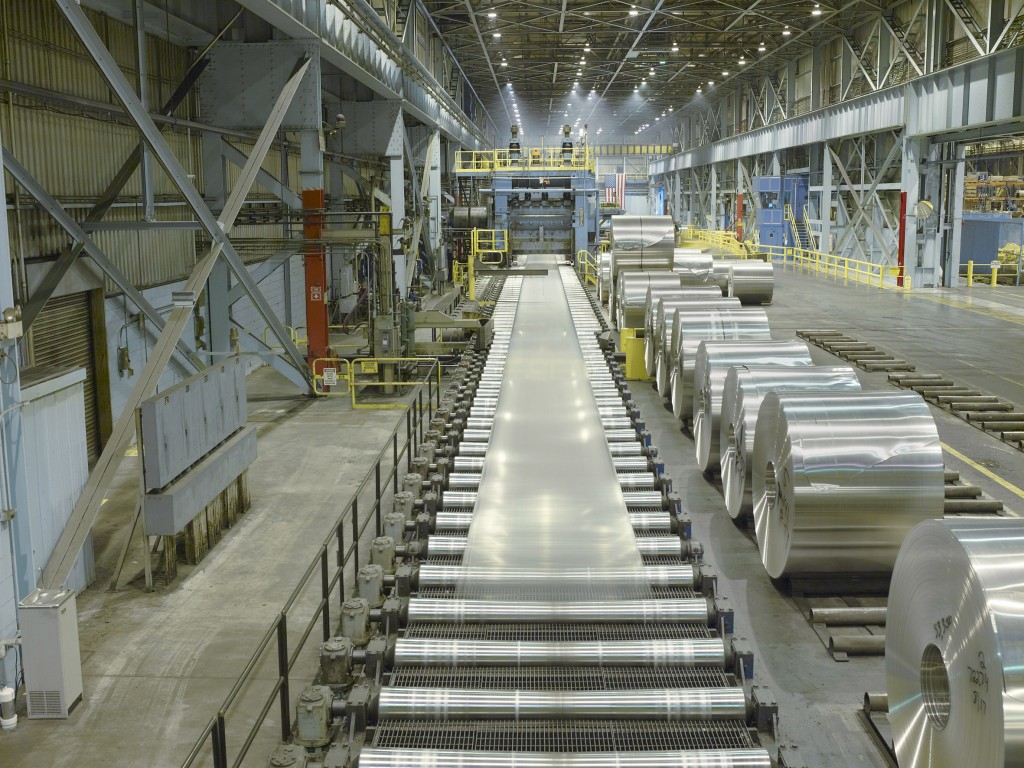 Update: Federal board seeks to force Novelis to bargain with Steelworkers union at Scriba plant – Click on link for update on this story.

The General Counsel of the highest labour authority in the U.S.A., the National Labour Relations Board (NLRB), asked the Board to order Novelis to recognise and bargain with the United Steelworkers (USW) at its aluminum plant in Oswego, New York in early May this year.

They produce and re-cycle aluminium and metal products Responding to the General Counsel’s order, USW District 4 Director John Shinn said: “The NLRB’s decision to seek a bargaining order sends a clear message to the management of Novelis and the Aditya Birla Group – we welcome your investment to create jobs in the U.S., but not at the expense of our basic rights. We urge Novelis to sit down and bargain a fair contract with its workers in Oswego.”

Novelis is a subsidiary of Hindalco, which is part of the India-based Aditya Birla Group. Last December, the company announced a $120 million investment that would add 90 jobs at the Oswego plant. In January, a majority of workers signed USW membership cards.

But in an election conducted by the NLRB on February 20th and 21st, workers voted against USW representation by a 287-273 margin.

However, the NLRB found that in the days before the election, Novelis management committed multiple violations of U.S. labour law, including:

■ interrogating employees about their anti union membership, activities, and sympathies;

■ impliedly threatening employees that the plant would close if they selected the Union as their bargaining representative;

■ threatening employees with a reduction in wages if they selected the Union as their bargaining representative;

■ threatening employees with more onerous working conditions, including mandatory overtime, if they selected the Union as their bargaining representative;

■ threatening employees that if they elected the Union, Respondent would lose business;

■ prohibiting employees from wearing union insignia on their uniforms while permitting employees to wear anti-union and other insignia;

■ disparaging the Union by displaying a redacted Board letter and telling employees that the Union had filed a charge regarding the restoration of the Sunday premium pay and employees’ use of personal time on Sunday as time worked, at a time when no such charge had been filed;

■ threatening employees that the company would have to rescind Sunday premium pay and overtime benefits if it pled guilty to the Union’s charge.

The NLRB concluded that: The serious and substantial unfair labor practice conduct described above . . . is such that there is only a slight possibility of traditional remedies erasing their effects and conducting a fair election. Therefore, on balance, the employees’ sentiments regarding representation, having been expressed through authorisation cards, would be protected better by issuance of a bargaining order.