Unite has lodged High Court action against the Ford Motor Company over the pension rights of employees who transferred to Visteon UK and subsequently lost their jobs and some of their pensions after Visteon UK went into administration.

Unite’s lawyers are to seek compensation from Ford for allegedly providing ‘misleading’ advice to employees who transferred to Visteon UK, after Unite announced plans to take legal action in July 2010.

Employees were transferred to Visteon UK in 2000, and had to decide whether to leave their accrued pension benefits in the Ford pension scheme, or to transfer to the Visteon pension scheme.

Unite says the information provided to employees during the transfer led them to believe their pensions would be safe. In 2009, 610 workers lost their jobs and some of their pension when Visteon went into administration.

Those employees will get pension protection fund (PPF) level benefits for any accrued Ford pension rights that they transferred, and for their accrued Visteon UK pension plan rights. 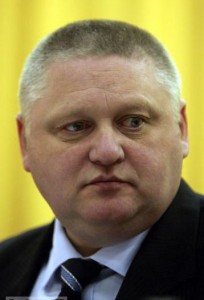 Roger Maddison, Unite National Officer, said: “The fight for pensions’ justice begins in the high court. Unite believes Ford has a legal and a moral obligation to the thousands of ex-employees who paid into its pension scheme all their working lives believing this would provide a financially secure pension in retirement.

“Ford has announced $8 billion in profits, it will take a fraction of this to give the men and women who lost part of their pensions justice.

“Hundreds of workers, many of them close to retirement, were sacked at very short notice and lost large parts of their pensions.

“We believe Ford misled many of these workers leading them to believe their pensions were safe with Visteon.

“Ford failed to clearly set out the risks associated with transferring the assets staff had built up with Ford – now many of these workers face vastly reduced pensions”.

3 Responses to Unite to sue Ford over pension loss